The Kolomba acquisition is highlighted by two significant gold zones which have seen ~31,000 metres of combined historical drilling circa 1999 - 2003.  Both zones are open to depth and along strike and returned some of the best drill results on the SMSZ Project in terms of grade over width. Modelling of these zones is underway with drill testing projected to commence in early Q1, 2022 concurrently with geological mapping, IP and magnetic geophysical surveys.

These zones will be a major focus for the Company’s 2022 drill campaign and have the potential to significantly add to its resource base in the near term.

A summary of the historical drill highlights are as follows (see Figures 1 and 2 for more detail):

Desert Gold’s President & CEO Jared Scharf commented “Acquiring Kolomba and the 31,000 metres of historic drilling for effectively the cost of an application is a huge win for our shareholders. The gold zones on Kolomba are some of the most prospective of any we’ve seen in the belt. Given their strategic location, for example being less than 20 kilometers away from our recent Gourbassi West discovery, the Kolomba permit will be a major focus of our upcoming 2022 drill campaign.” 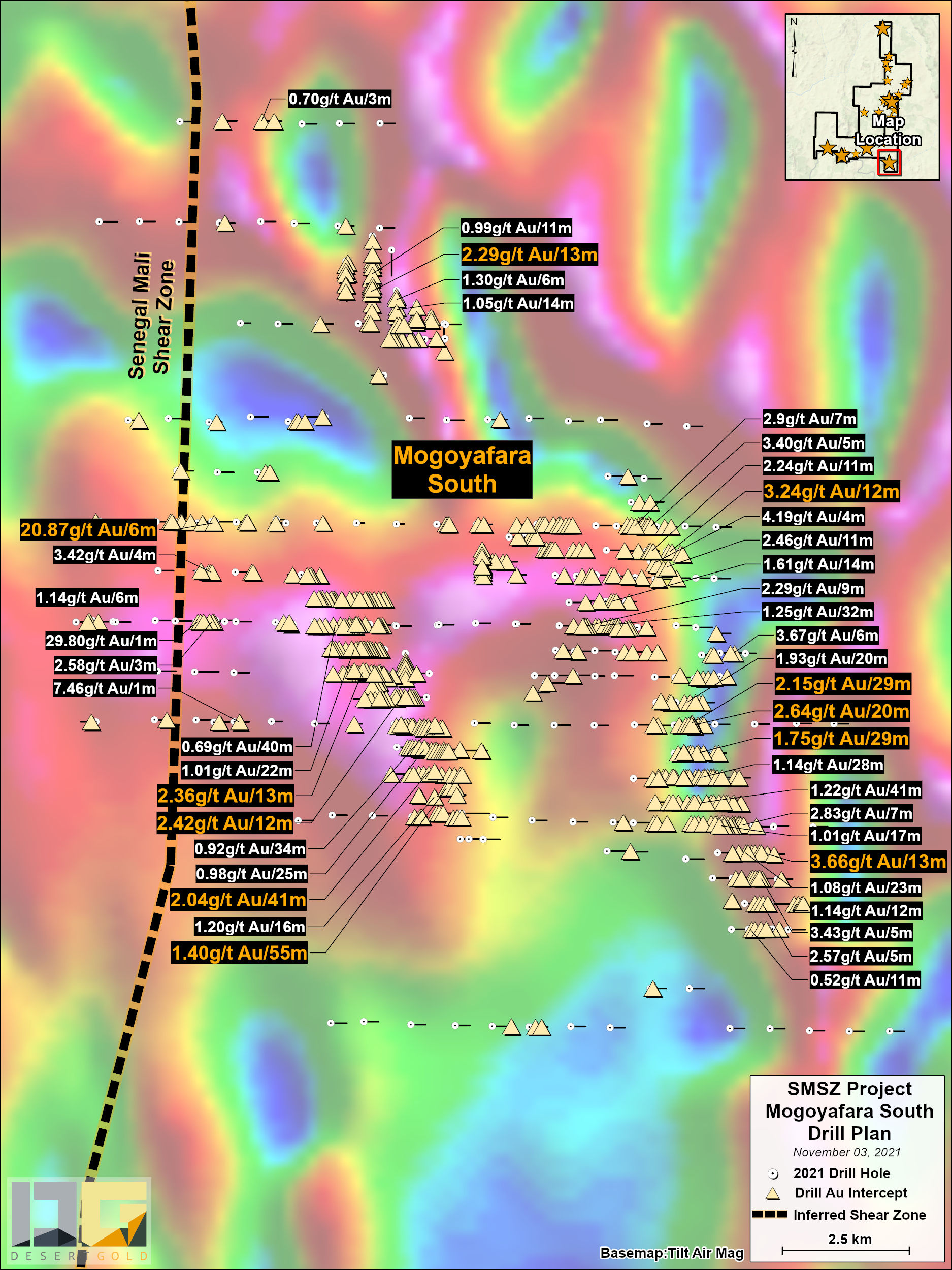 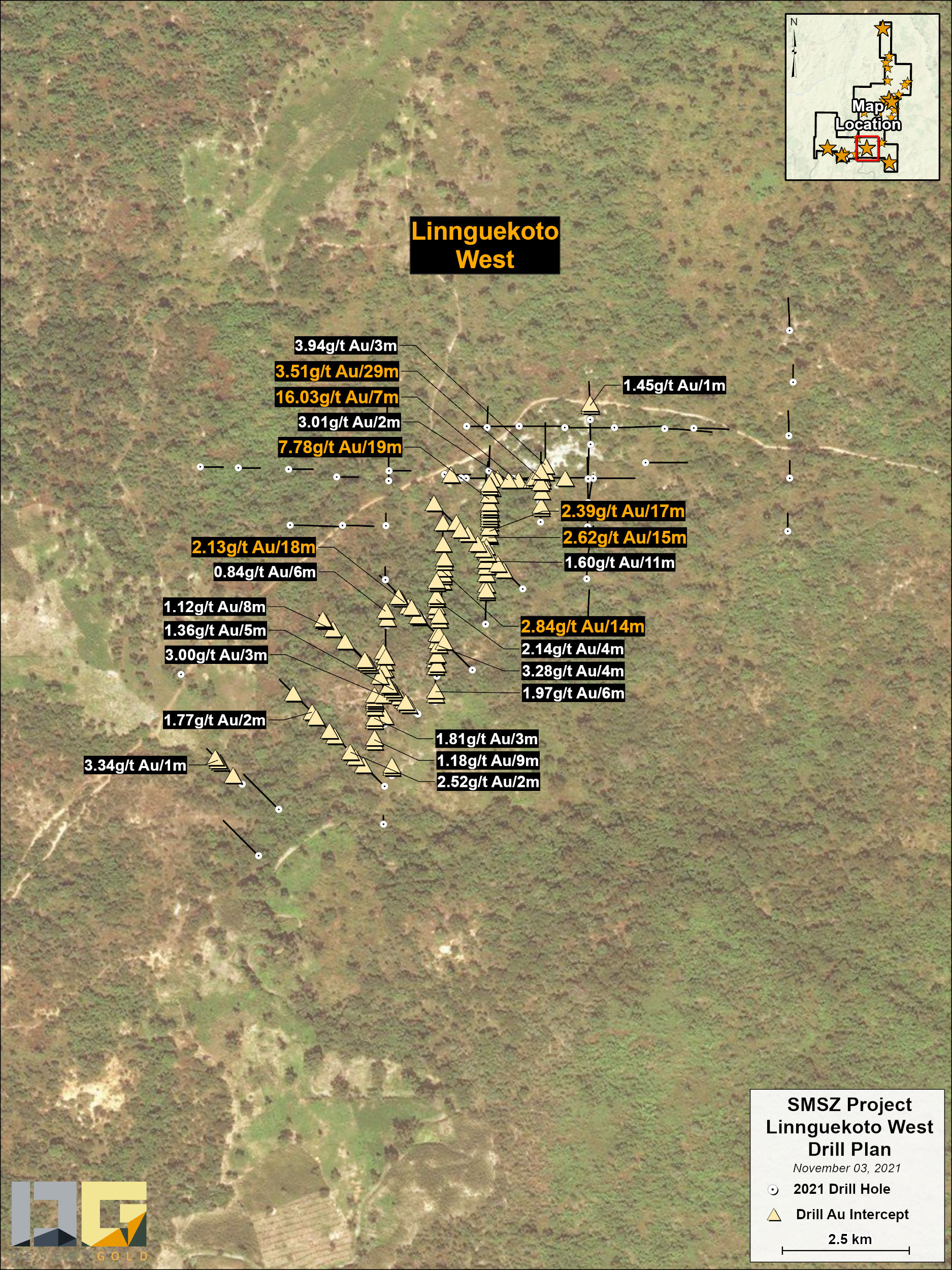 The bulk of the historic work on the Kolomba concession was carried out by Hyundai during the period from 1998 to 2003. Little to no exploration was carried out over the property since 2003. Hyundai’s work, which was substantial, included 30,894 metres of drilling in 407 holes with 328 and 78 holes completed over the Mogoyafara South and Linnguekoto West zones, respectively. Desert Gold has a copy of the drill database along with Au-in-soil results covering the entire concession.

As with the Linnguekoto West Zone, Desert Gold has a complete exploration database but does not have access to drill core/RC chips and the original assay certificates. However, the Company has validated the location of several holes in the field and have high confidence in the quality of the historic exploration data.

The northwest-trending Linnguekoto West zone lies immediately east of a northeast-trending mafic dyke that is related to the Barani East gold zone (see Figure 4). This dyke is believed to occupy a shear zone that is locally gold-bearing that can be traced for approximately 25 kilometres as it passes through the property. Previous exploration at Linnguekoto West comprised 78 holes totalling 6,532 metres. This northeast-trending zone can be traced for 500 metres along strike (see Figure 2) with the deepest holes intersecting gold mineralization to approximately 140 metres vertical. Gold mineralization remains open to depth and along strike. Best fit modelling suggests a steep west dipping, generally higher grade, 1.5 to 7 metre wide gold bearing lens, that is both cut by and related to, up to six, shallow-east-dipping subordinate gold-bearing lenses with grades to 2.62 over 15 metres (estimated 14 metres true width). The steeply dipping lens has returned highlighted grades to 16.07 g/t Au over 7 metres (estimated true width of 4.0 metres), 7.78 g/t Au over 19 metres (estimated true width 4.9 metres) and 3.51 g/t Au over 29 metres (estimated true width of 8 metres).

While the Company has a complete drill database and have validated the location of several drill holes in the field, the location of the core/RC chips and original assay certificates is unknown. However, from the Company’s follow-up of other exploration prospects that Hyundai has worked on such as Barani East, the Company has high confidence in the quality and accuracy of the drill dataset. That said, drilling to validate the grades and interpretation of the interpreted gold-bearing lenses will still be required.

About the SMSZ Project

The 440 km2 SMSZ Project is both named after and overlies a 43 km long section of the Senegal Mali Shear Zone (the “SMSZ”). The SMSZ is related to 5 large mines located both to the north and south, along strike, including B2 Gold’s Fekola Mine, Barrick’s Gounkoto and Loulo Mines and Allied Gold’s Sadiola and Yatela Mines[1]. To the Company’s knowledge, the SMSZ Project is the largest, contiguous, non-producer land package over this highly prospective structural feature (see Figure 3). The Company’s goal is to discover a tier 1 gold deposit associated with the regional-scale, gold-bearing structural zones that pass through the SMSZ Project. Exploration at the SMSZ Project has discovered in excess of 24 gold zones with 2021 exploration data strongly suggesting that more will be discovered.

There is no QAQC data or assay certificates for the historic fire assays for the Linnguekoto West and Mogoyafara Zones and as such, until validated, may not be relied on with 100% certainty. However, from follow-up exploration carried out to date, the correlation between historic gold values and subsequent validation work, have generally been withing acceptable parameters. Drill assay grade widths, presented on both surface plans and cross-sections, represent the drilled lengths with estimated true widths ranging from 10% to 90%, based on a not yet validated mineralization model. In a few cases, there is not enough information to estimate true width. As work progresses on the zones the mineralization models will be either validated or adjusted with more certain guidance presented at that time.

On Behalf of the Board of Directors

This news release contains forward-looking statements. These forward-looking statements entail various risks and uncertainties that could cause actual results to differ materially from those reflected in these forward-looking statements. Such statements are based on current expectations, are subject to a number of uncertainties and risks, and actual results may differ materially from those contained in such statements. These uncertainties and risks include, but are not limited to, the strength of the capital markets, the price of gold; operational, funding, liquidity risks, the degree to which mineral resource estimates are reflective of actual mineral resources, the degree to which factors which would make a mineral deposit commercially viable, and the risks and hazards associated with mining operations. Risks and uncertainties about the Company's business are more fully discussed in the company's disclosure materials filed with the securities regulatory authorities in Canada and available at www.sedar.com and readers are urged to read these materials. The Company assumes no obligation to update any forward-looking statement or to update the reasons why actual results could differ from such statements unless required by law. Neither the TSX Venture Exchange nor its regulation services provider (as that term is defined in the policies of the TSX Venture Exchange) accepts responsibility for the adequacy or accuracy of this release. This news release does not constitute an offer to sell or a solicitation of an offer to buy the securities described herein in the United States. The securities described herein have not been and will not be registered under the united states securities act of 1933, as amended, and may not be offered or sold in the United States or to the account or benefit of a U.S. person absent an exemption from the registration requirements of such act. 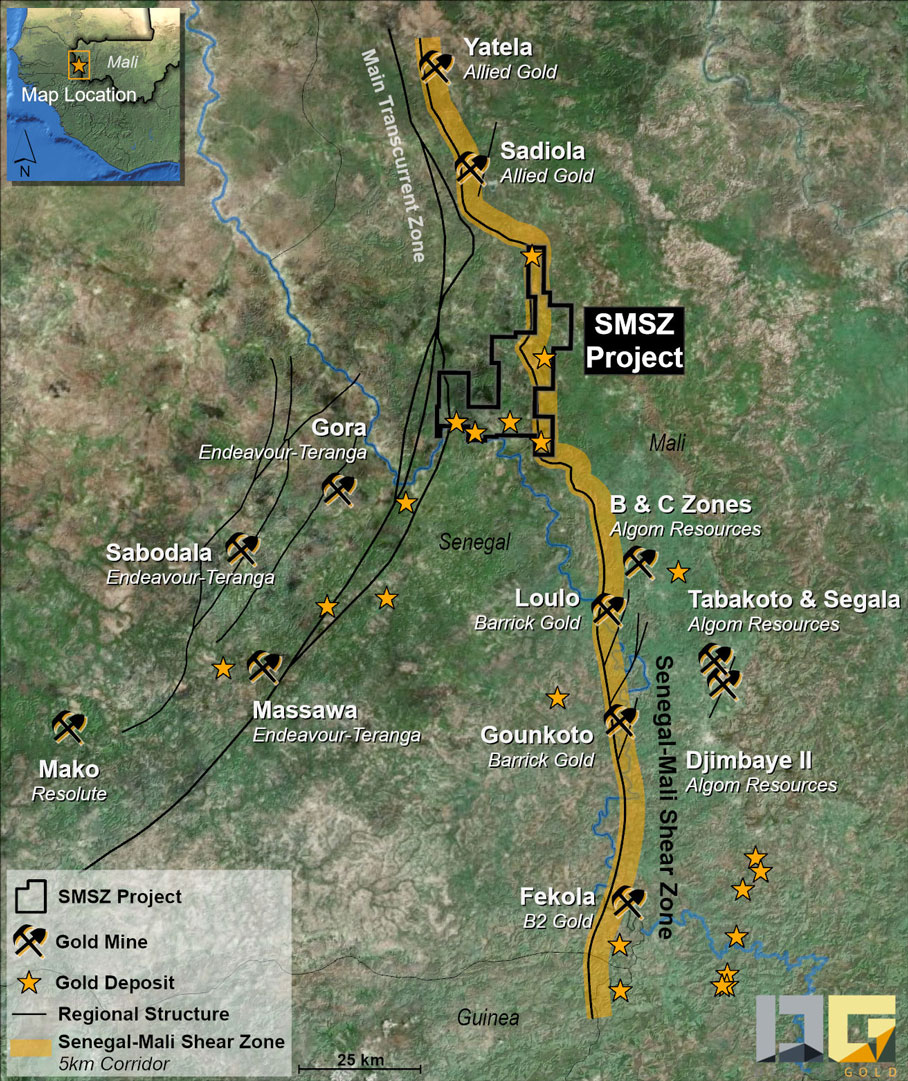 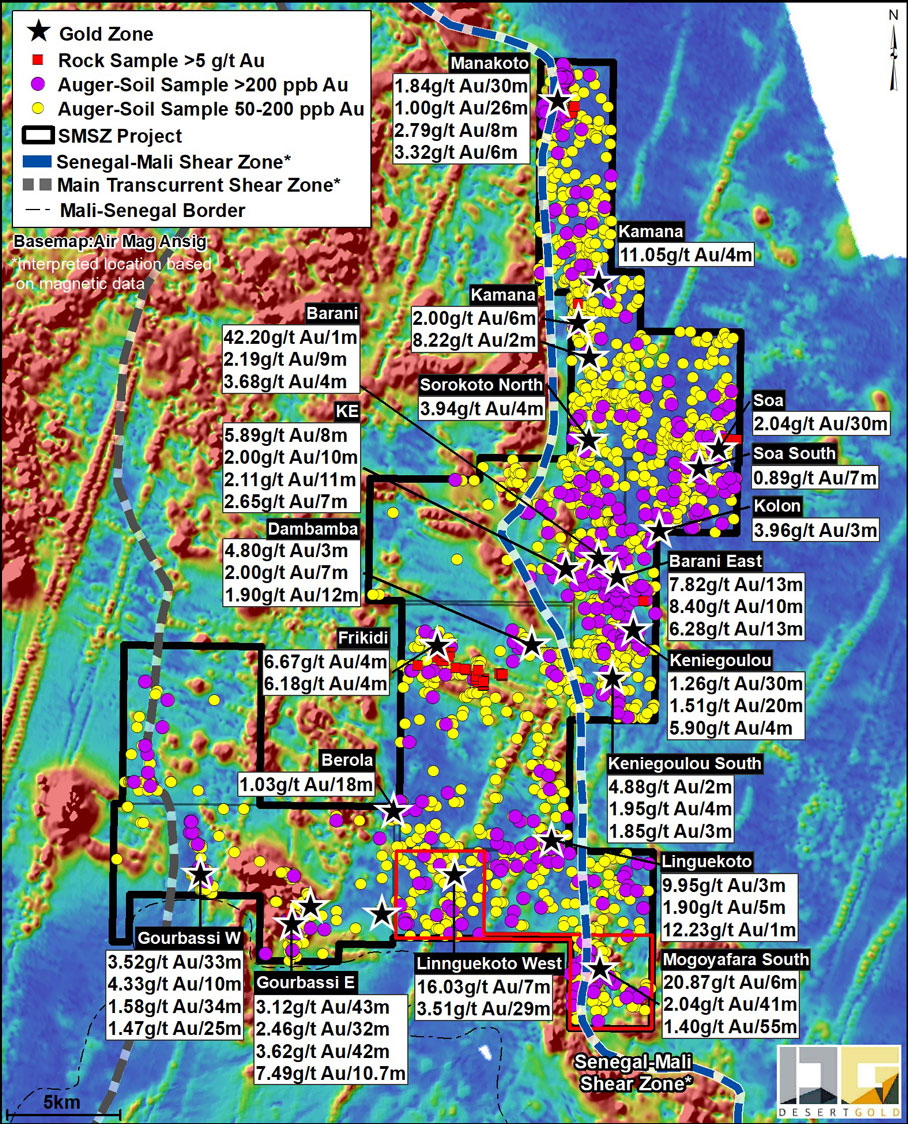